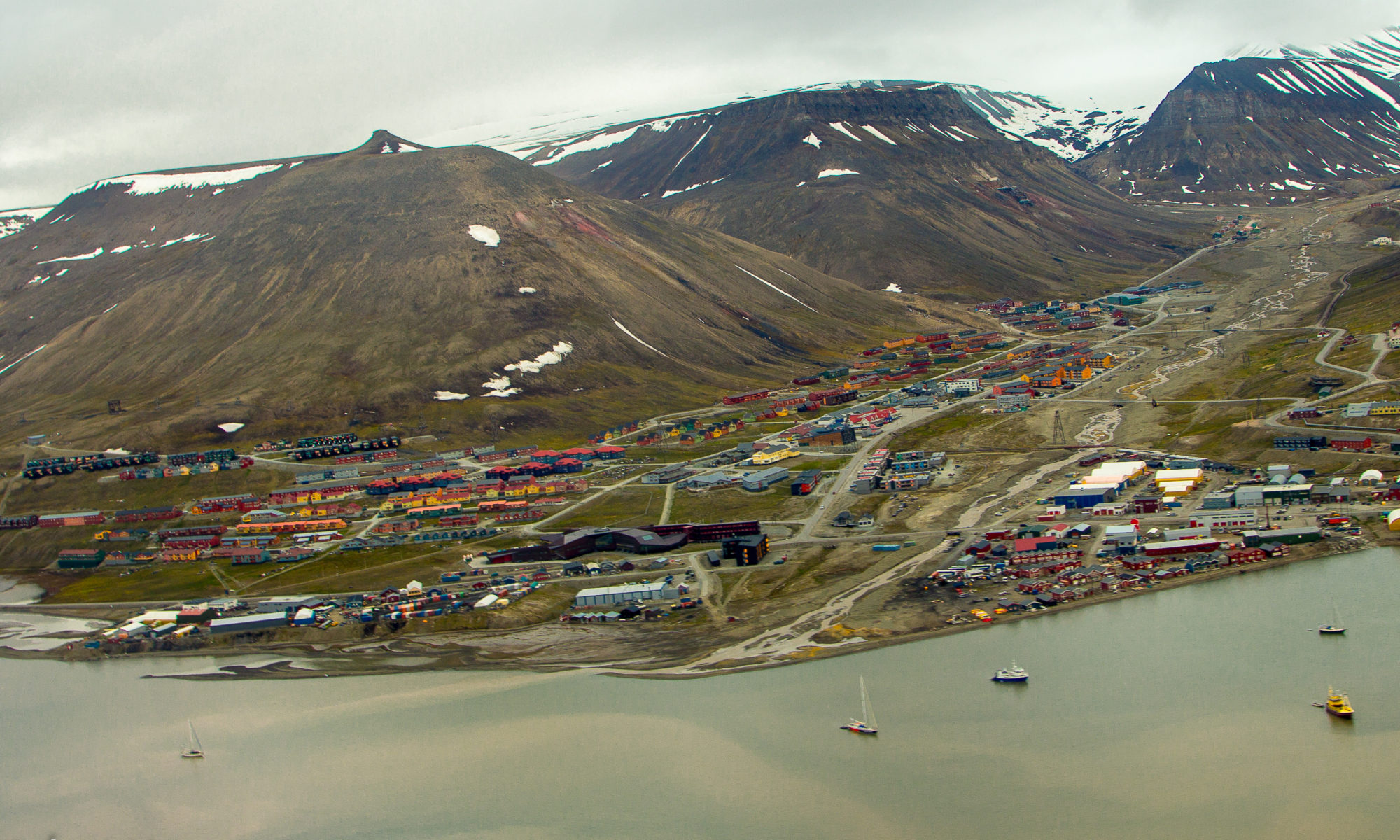 This site is still under construction!

Longyearbyen is a town of approx. 2200 inhabitants located on Spitsbergen island Svalbard archipelago. The location is N78° 13′ and W15° 39′.

Longyearbyen as well as other the Arctic regions are phasing challenges due to changes in the climate. In the period 1976-2016 the observed annual precipitation has been less than 200 mm. The temperature is increasing and as of now (Aug. 2018) the monthly mean temperature has been over the normal for over 80 months. Warm spells with rain in wintertime are more frequent now and the precipitation has increased by 20-30% since 1990 (Vikhamar-Schuler et al., 2016).

Longyearbyen lies in the permafrost zone. During summertime the depth of the active layer is generally between 1 and 2 m (late September) but significant local variations are also registered.

In December 2015 an avalanche hit the “Spisshus” (pointed-gable houses) residential area at the root of the mountain and two persons lost their lives and eleven buildings damages or destroyed. Only 14 months later another avalanche hit the residential next to the area hit by avalanche in 2015, but no lives were lost. Two blocks of buildings were heavily damaged.

There are also other processes that can affect the daily live of inhabitants. Slush flows down Vannledningsdalen (valley to the right on the picture above) is well known and has until now posed the greatest threat to the habitation. Debris flows are also relevant processes.

To mitigate the avalanche danger the authorities are planning extensive protection work. Snow fences at the northern side of Sukkertoppen have been built and work on drainage canal is in progress, see photo below.